Virtual reality has spread slowly but surely over the last three or four years. From rumors and demos of the Oculus Rift in 2015, to the early release of consumer headsets the following year, to an ever-expanding suite of VR apps across all genres and for numerous headsets, the tech has finally, for lack of a better term, arrived.

At the moment, virtual reality is still known primarily for its video games, and for the improving selection of headsets gamers can buy to bring the experiences to life. Because it was initially pitched largely as a next evolution in console gaming, VR may always be associated with gaming first and everything else next, and at this point that association is starting to pay off. A combination of simple demos and arcades, games adapted from existing console titles, and brand new experiences offers quite a few options to gamers. And the headsets, while not perfect, are slowly getting more affordable, less cumbersome, and frankly just better. 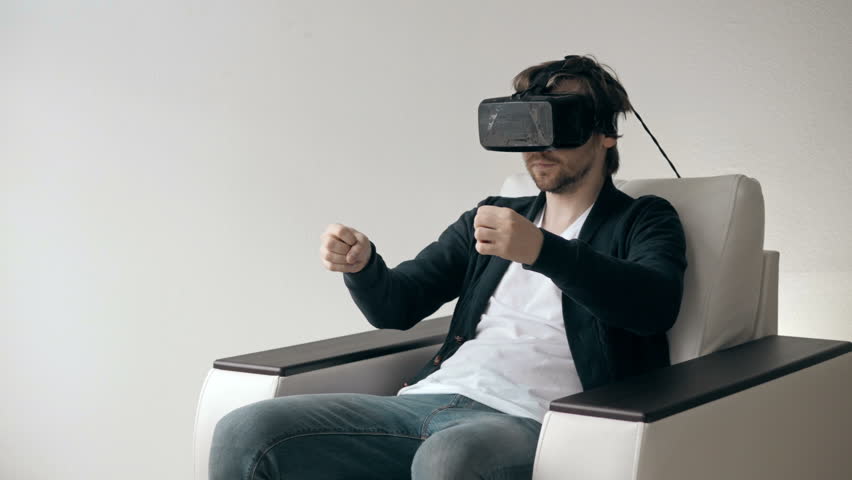 In New Jersey and some of our neighboring states, VR is also likely to be seen as an evolution of casino-related tech in the coming years. This sort of gaming (at least with real money involved) is prohibited in much of the country, but New Jersey has online slot games as well as additional casino experiences that can be enjoyed legally and easily. And while VR has yet to take over the digital casino business, the two are starting to mix. Thus, it’s easy to imagine New Jersey specifically adopting VR as an extension of this budding entertainment sector.

As much as these gaming advancements and regional fits may define VR for many though, the technology still has applications beyond entertainment. One that’s already proving to have widespread influence is its ability to facilitate browsing and shopping experiences – which is what brings us to the idea of buying a boat. Right now, buying a boat can be a complex process. It might mean going to a show, visiting a seller in person, browsing through endless, mostly interchangeable pictures and profiles online, etc. But VR might just be able to provide assistance and make the process easier.

For one thing, VR could offer a basic tour of a boat, the way it can already do with properties in the real estate business. This isn’t a particularly widespread practice, but there’s actually quite a lot of talk about VR’s potential in real estate, and using the tech to explore boating options could work much the same way. Any site selling boats could essentially post virtual tours that could be engaged with via VR, such that instead of looking through pictures and reading descriptions, you could “walk around” the boat, viewing it from the dock, walking on deck, etc.

In another sort of application altogether, VR could also facilitate an actual, simulated boating experience – which really would work much like some existing games. VR actually excels in putting people behind the wheel, to to speak, whether that means driving a car, flying a plane, or piloting some non-existent spacecraft. Naturally a realistic boating experience aimed at potential buyers would need to be designed in a more realistic fashion than most of these games. But the idea of getting behind the wheel of a simulation of a boat you’re looking to buy isn’t a stretch at all.

Even if all of this comes to fruition, there will still be something to be said for seeing a possible purchase in person, and getting a feel for the vessel. At least in the exploration phase, however, VR could prove to be an invaluable tool the next time you look into buying a boat. 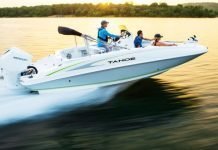 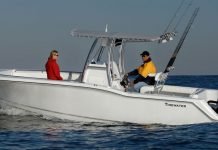